Gamification and the Future of Learning in Extended Realities 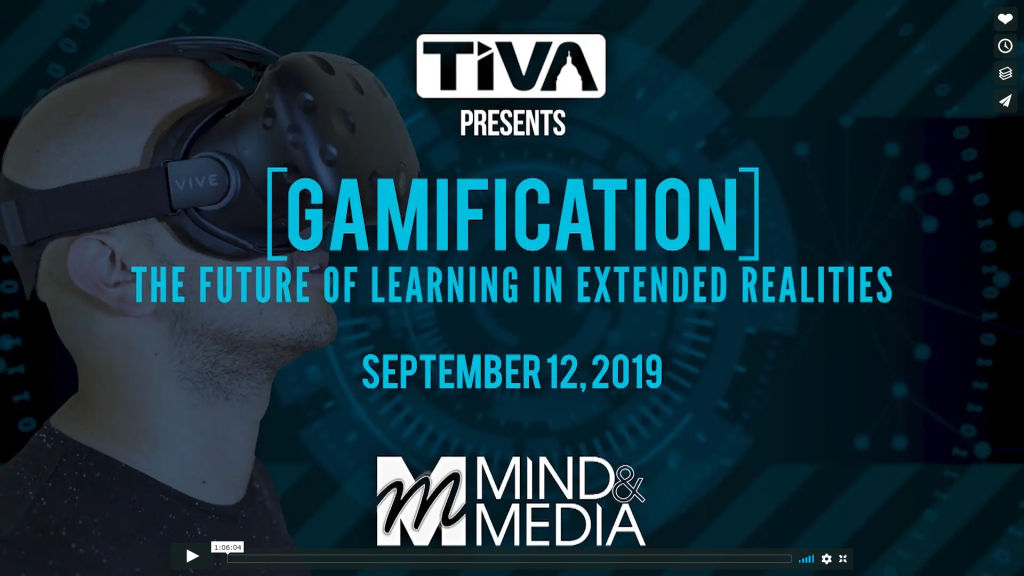 September 2019—On September 12, Mind & Media hosted the Television, Internet & Video Association of DC (TIVA-DC) for a panel discussion on the Future of Learning in Extended Realities. Panelists discussed perspectives and current projects involving gamification and immersive elements, such as virtual reality (VR) and augmented reality (AR).

The panel consisted of:

Gamification, or the practice of incorporating game elements into training, motivates today’s learners with rewards and competition, making training more engaging. Inker said, “Gamification uses motivational factors that games have proven to be valuable and applies them to something like education.” Ruscella added that, “Gamifying something adds competition and makes something fun.”

Gamification uses motivational factors that games have proven to be valuable and applies them to something like education.

As a concrete example, Inker described Mind & Media’s development of a training game for Comcast. Comcast wanted employees to keep cyber security top-of-mind without additional mandatory trainings. Mind & Media developed an interactive gamified training that Comcast employees can play for just one minute, once a day. Initial results have been very positive, and Comcast is looking to expand the training.

Turning the discussion to immersive elements, Shaw said that he thinks VR and AR allow people to be trained with real-time situations that improve engagement. Willis also discussed the “serious” games developed at GMU. “These games aren’t about being the hero,” he said. “They are also about training; about learning something that will be useful or helpful to the world at large.” GMU’s games include simulations that allow firefighters to experience realistic scenarios and receive instant feedback. Compared to real-life training that can be expensive, dangerous, and time-consuming, virtual scenarios provide cheaper, safer, faster training for a multitude of organizations and professions.